We had a fascinating seminar and tasting with Peter Godden where he highlighted some of the recent work of AWRI, which is one of the world’s foremost wine centers.

AWRI recently devised a scale for Pinot G (pinot gris/pinot grigio) where they used the human palate to calibrate various pinots into a style scale which is then iterated on the back label of wines. Styles range from crisp and clean to lush and aromatic. I can see the appeal of this kind of labeling, but wonder how many people are worried about the style of their Pinot G– if it’s labeled Gris or Grigio you tend to have an idea, no? This does, however, feel like a really good idea for Riesling, but also drills home how different wine tastes are in different markets. Aussies love their Pinot Gs.

We also looked at different strains of Brett (4EP- bad versus 4EG- more desirable), eucalyptol which apparently gets into wine via MOG (material other than grape)- crazy!, rotundone (black pepper found in wine, which ~20% people can’t detect and was discovered at AWRI not that long ago), and the effect of smoke taint which is very relevant in Australia and now Canada, the US, and parts of Europe. 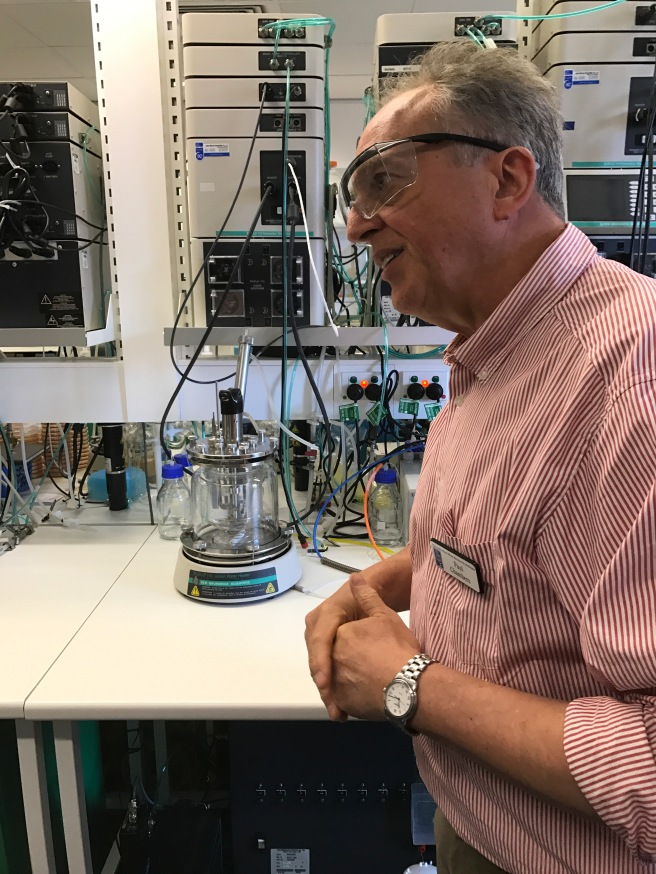 Out of the classroom and into the lab where we got a tour of the state of the art technology AWRI uses for research. The coolest thing we saw was a machine where micro-fermentations the size of tear drops can be carried out and monitored. Baby wine. 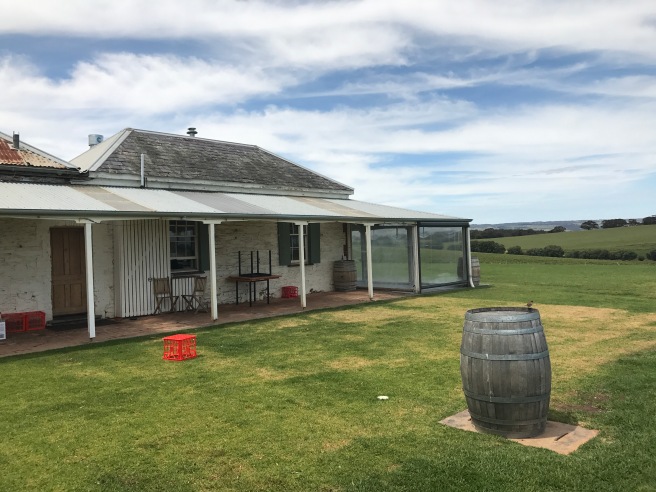 We hit the road again for a Mediterranean tasting and lunch at Coriole in McLaren Vale. Coriole was absolutely stunning! There’s a big open terrace at the restaurant that looks out into the valley and is just draped in all sorts of beautiful flowers. 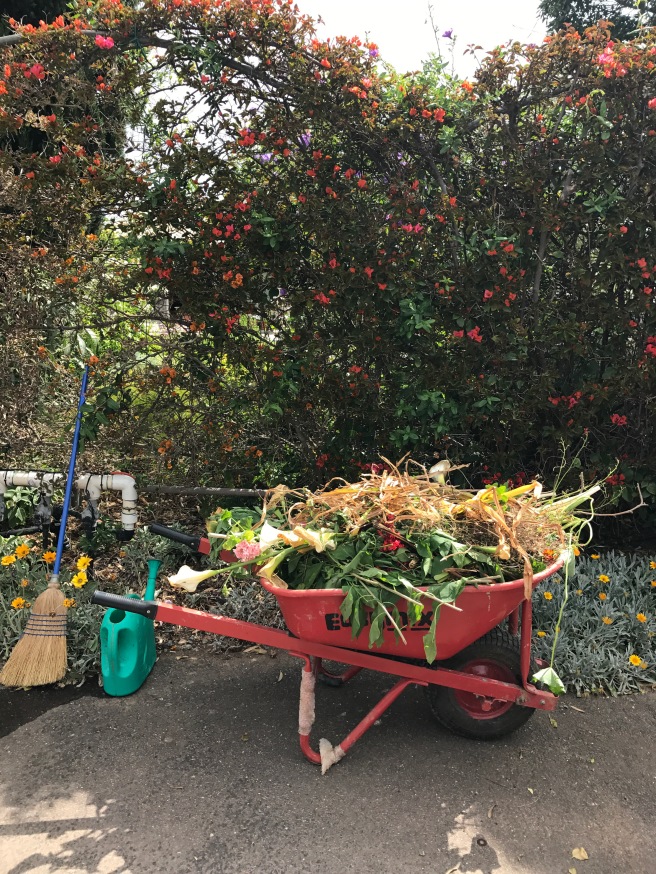 Flowers everywhere. Mom & Dad you would have loved it.

Probably the first and only time we will actually be hungry on this trip, we head into a tasting of “alternative” varietals. First the whites Fiano, Picpoul, and Vermentino which were all really balanced and interesting. My favorite was the Coriole Picpoul for its freshness and saliva inducing acidity. It was calling for some shellfish and oysters.

We continued the tasting with reds at the table with nothing short of a beautiful and arguably healthy feast. I found the reds slightly more polarizing, which is true of Australian wine for me in general. Big, bright and ripe fruit is not how my palate is calibrated, but there were certainly some stand outs.

I loved the Olivers Tarranga Mencia. Perfumed and light in body and studcture, there was tons of really delicious blackberry fruit without being heavy or cloying. The Lino Ramble Bastardo (Trousseau) was really cool, too. There was an orange-y floral notes that I’ve picked up in a lot of wines here, and after a morning jog yesterday, have decided it’s in the fauna surrounding vineyards.

We also tried Aglianico, Nero d’Avola, Tempranillo, and Carignan, all of which are well suited for this warm climate. We’ll definitely be seeing more of these varietals coming out of McLaren Vale.

This is Ed with a yummy Coriole Nero d’Avola, a grape native to Sicily, and course 4 of like 5,000.

Mark is the founder of Coriole and served as a wealth of information about the region. He clearly has a fascination and passion for wine and spends his time traveling the world picking up bits and bops to bring to his McLaren Vale wines, hence the Nero.

Later we went over to Angove, which we had tasted at lunch, for a Grenache tasting and dinner.

A brief chat about the vineyards. 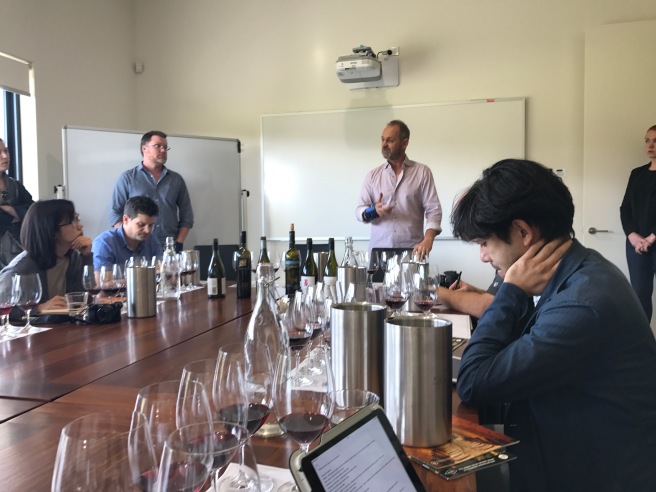 A delicious tasting and talk highlighting the potential of Grenache in McLaren Vale. I was into the Samuel’s Gorge and Yangarra, which is fermented in ceramic eggs which imparts a really supple mouthfeel.

And we had our first kangaroo sighting! They just hang in the vineyards much to the dismay of the winemakers and delight of Americans. 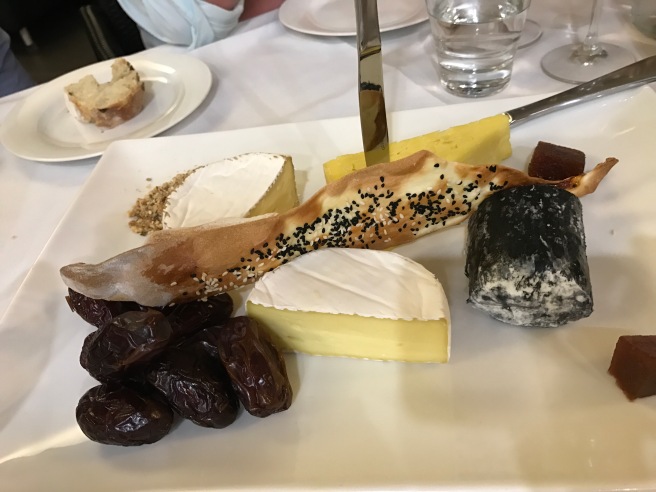