As so often happens, although never seemingly often enough, Abe gathered an eclectic group of wine enthusiasts for an in depth look at something beautiful. This time, Bordeaux.

Although we began with a Chenin to clear our palates. Christina, who was in town visiting from London, was curious to try this Jasnieres, a tiny Loire appellation which rarely gets exported. This was a suitcase carry, and perhaps because expectations were high, fell a little flat. In fact, there was some debate about whether or not it was corked, to which we decided, non, just “earthy.” 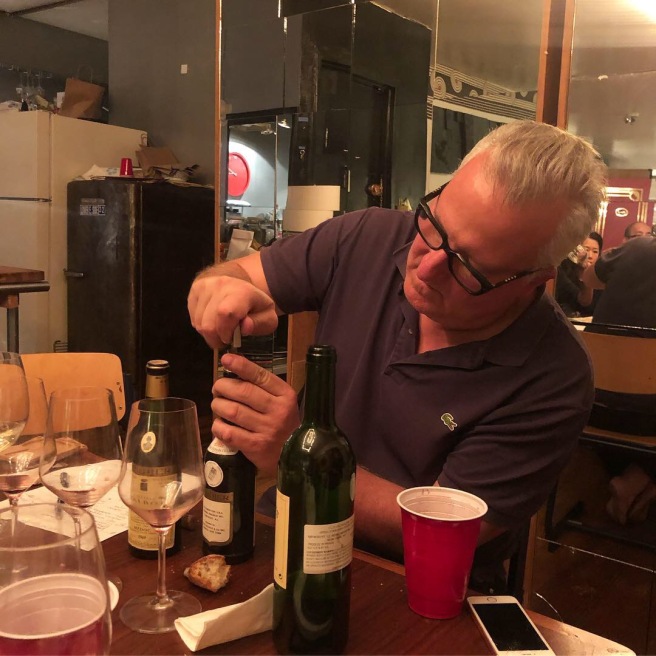 Then it was onto the main event, a blind tasting of mature Bordeaux. We tasted in pairs of random 2s, then went back for a second time in whatever order we chose. Then reconvened for a third taste as we revealed.

There were a couple of off bottles – Bahans du Chateau Haut Brion 1994 had some sort of oxygen/bacterial issues, where Chateau Meyney 1989 was flatout corked – although still showed glimmers of its potential under the TCA box sitting up on top. 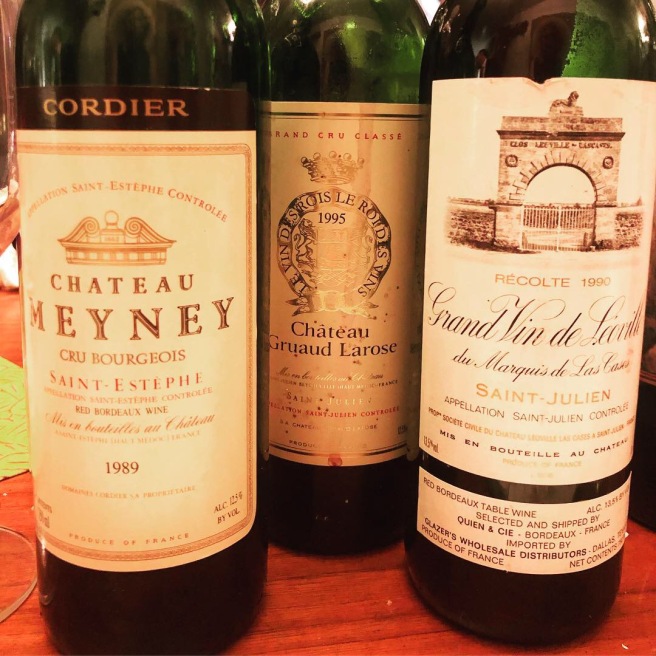 My top two were the Leoville Las Cases 1990 (from Tribeca Wine Merchants). This was absolutely stunning and exactly what you hope for with a nearly 30 year old bottle of Bordeaux. Instead of notes, my moleskin is colored with hearts, hearts and more hearts. Powerful tannins and warm alcohol (13.5%) point to a warm vintage (the earliest harvest in the last century!), but it remained fresh, poised, and a total lady giving away its status as a premiere Classified Growth.

Also quite ravishing was the rich chocolate cigar drenched Gruaud Larose 1995. Also very polished, the ’95 is robust and youthful, and more powerful than the elegant ’90. Interesting, we also had the 2nd wines (what a night of St Julien!) of Leoville Las Cases – Clos du Marquis 1996. More Merlot and 6 years the junior, this showed a more broad and brambly version of St Julien. 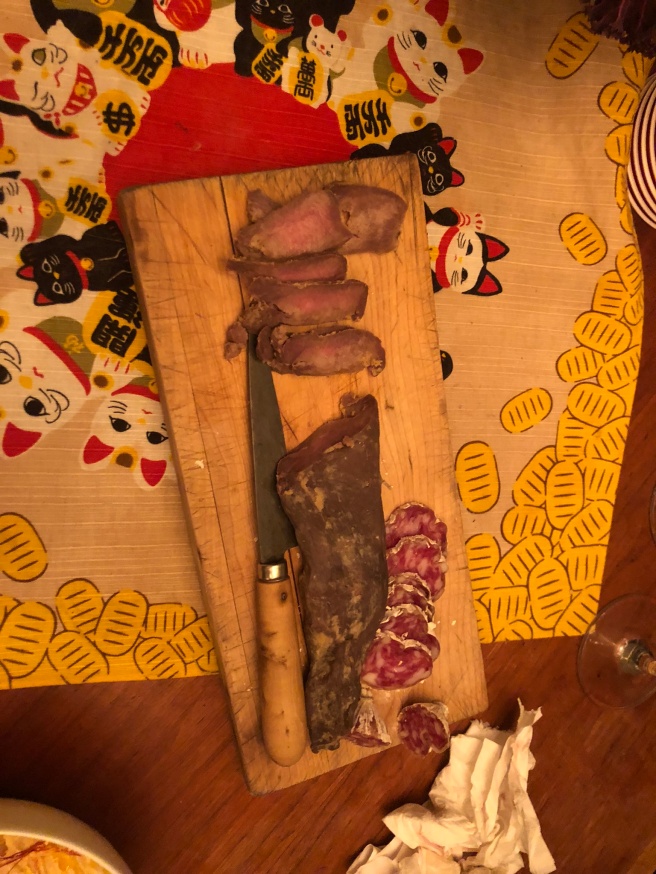 A break for some tongue, cheese and bread, and we were ready for the last two…. 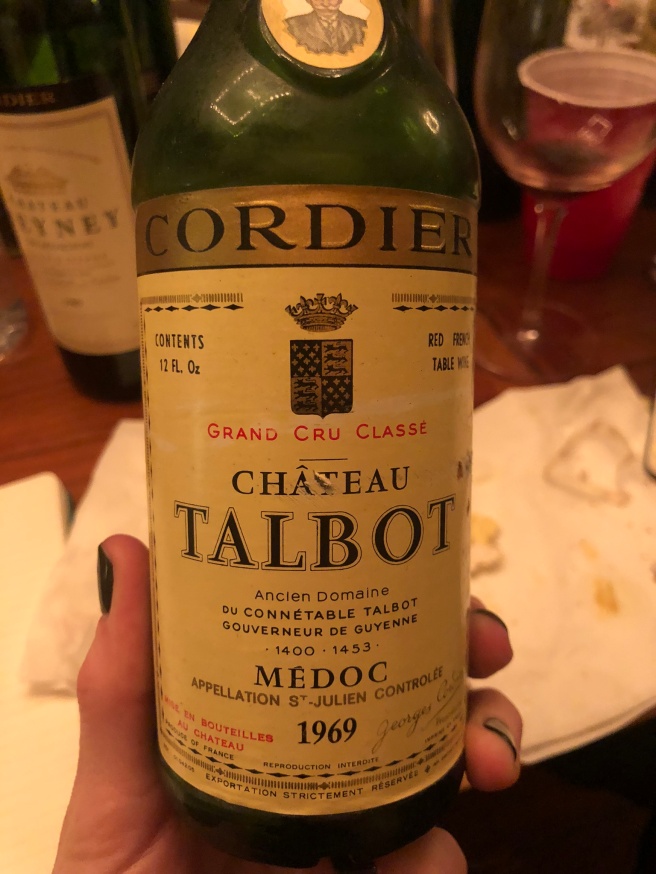 Half bottles of Chateau Talbot 1969, which were the perfect illustration of bottle variance. The first was ravaged by time and reeked of soy sauce, Tabasco and little else, where bottle 2 was singing. Dusty metallic notes from nearly 50 years in bottle, it still flitted about the palate with pretty little notes of fruit and flowers.

We finished with one of the best sakes I have ever had. Whether this is due to the Bordeaux that coated this tongue ahead of time, or if it really was that delicious, we’ll never know. Shingi (pictured above) chef and owner of 1 or 8 in Williamsburg, boasts an amazing and eclectic sake list. More research required….