Shockingly, in the midst of travel hysteria, my entire process of getting to Bangkok was probably one of the most pleasant travel experiences I have had to date. In hindsight, it’s precisely for just that reason. After my initial budget flight on China Eastern got canceled, I had to re-book on Etihad, which was nothing but absolutely painless (try to say that United). The plane was new and empty, so I had an entire 4 seat row to myself. A couple of Xanax later and I woke up in Abu Dhabi.

Abu Dhabi had a choice of lounges, was essentially deserted, and even had a serviceable sparkling wine. I took my first ever shower at the airport (seriously game changing), and was on my way to BKK. Middle East airports are the best. 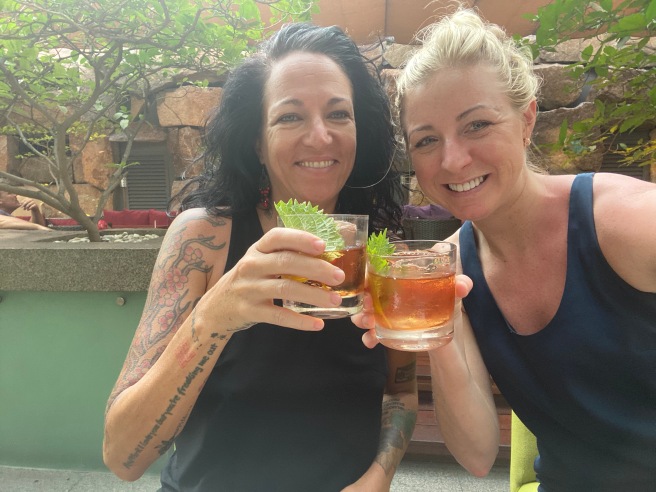 Allison opened La Cabane, the best wine bar in Hong Kong, her own restaurant My House, a bar in Cambodia, and now runs the beverage program for a group in Kuala Lumpur. She just so happened to be in BKK the same exact day I was, so we met for some time by the pool, a delicious crab omelet, cocktails at Zuma, and some natural wine at Oskar’s before she had back. Who knew Bangkok had natural wine? And Jamsheed on the list everywhere – well done, Gary! 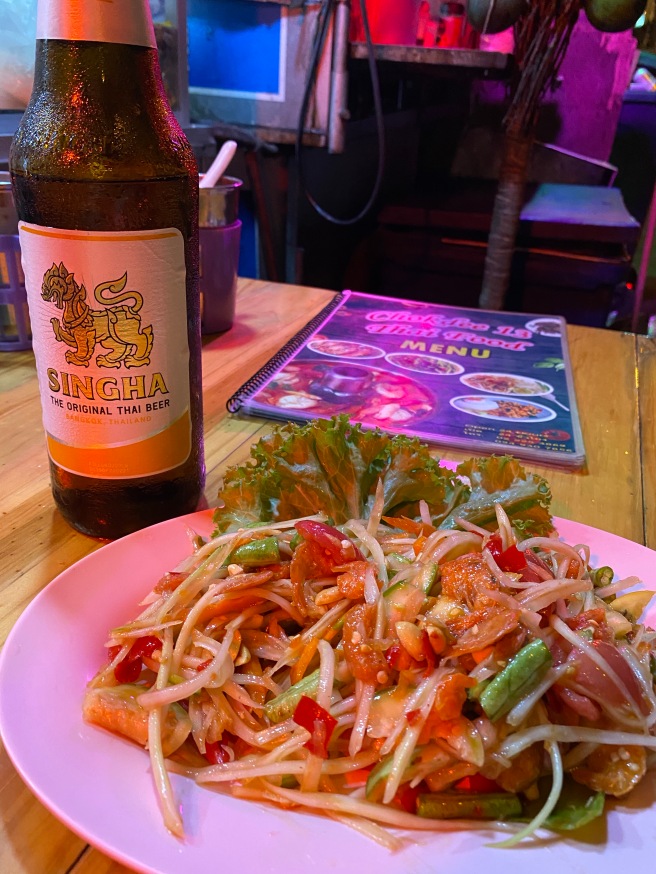 All I wanted out of this 1 day layover was a papaya salad; something so spicy it made me cry, and a freshness you can’t find outside of Thailand. Found it, cried spicy tears of happiness, had a quick sleep and was out the door again. 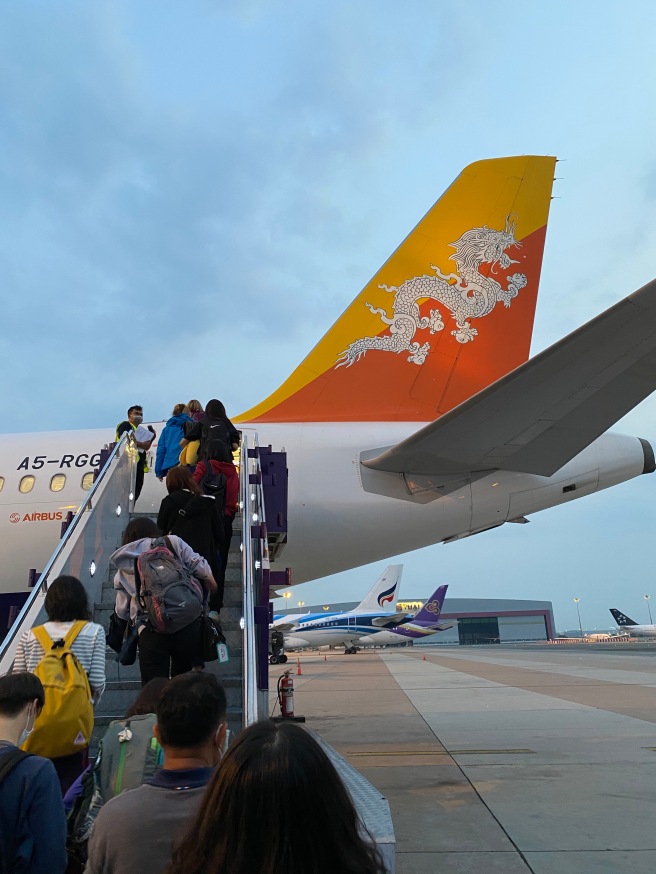 There was another canceled flight from Bhutan Air (foreshadowing for the week to come), which I suspect is because they only had 5 passengers on board. They rebooked us onto Druk Air, the state owned airline of Bhutan, and we were off. A had a quick touch down in India, some very questionable curry, and here I was, in beautiful Bhutan…