I’ve never considered myself a migrant worker before, but if I take a step back and examine the past 6 years, that is precisely what I am.  The United Nations defines migrant workers in the broadest of terms as anyone who works outside of their home country.  Check.  Although socially I think we tend to think of it as more short term or continuous vagrancy.  So that’s where my next week comes in.  I’m off to Burgundy to work.  Like work work, of the physical sort.  For one week only. 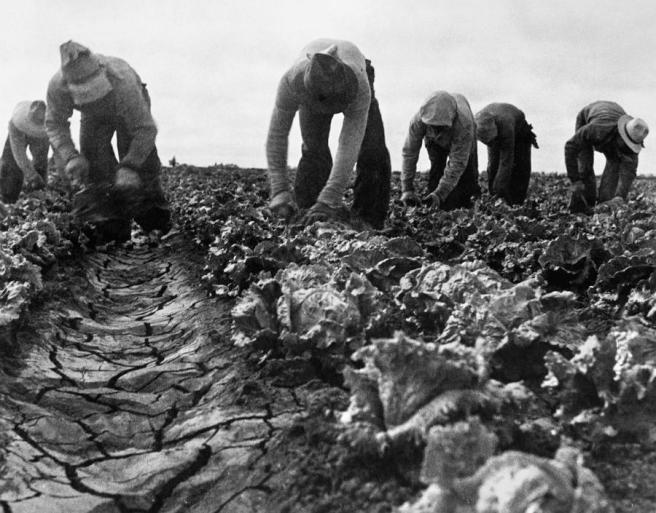 And I could not be more excited.

I suppose I was having a crisis of career, mulling over my options and perhaps lack thereof, monetarily speaking at least, when I decided that Master of Wine is 100% the avenue I want to go.  The avenue I need to go.

The Master of Wine program is extremely rigorous, demanding not only study time, not only tasting time & cost, not only travel time & cost, but also discovery of who you will become as an MW.  The requirements seem to be intentionally ambiguous so as to promote this discovery of “(wine)self.”   What kind of MW lays inside? [Currently a Swiss one as I sip on a very pleasant Pinot from Chateau Le Rosey]

Instead of listening to my gut, I kept trying to rationalize the pertinence of this journey.  After a lot of reflection about the past few years,  the gut finally won out (finally, gut-1 bad decisions-4,002,093), and so began the quest for enrollment.

Turns out enrollment comes but once a year; July 31st, specifically.  This was July 27th.  Totally against character I decided to be patient for once.  31 is totally a year of growth, hey?  Even still, idleness does not suit this soul, so it was there and then I decided this year would be dedicated to preparing for enrollment.

Step 1: harvest.  And there is no where better in the world to harvest (or drink!) than Burgundy.  After several rejections (turns out it ain’t so easy being a migrant worker in Europe with an American passport) Simone came to my rescue with and introduction to Mark Haisma, an Aussie negociant in Gevrey Chambertin. 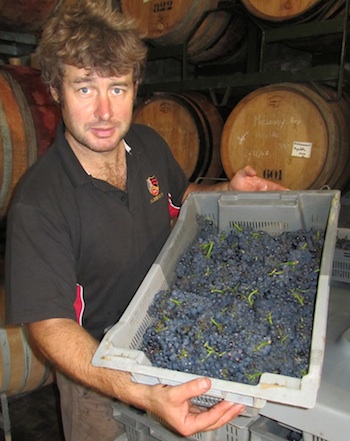 (FYI Negociants don’t own their own vines but instead buy grapes or juice from growers and then make & age their wine. Famous examples include Bouchard, Louis Latour, & Louie Jadot, all from Burgundy)

Mark was the winemaker at Yarra Yering in Victoria, Australia, for a number of years and decided to follow his heart and his palate to Burgundy where he’s been producing Pinots and Chardonnay since 2007.   You can see which ones here. He also has production in Romania which is another trip entirely.

My trip!  HK–>Doha–>Paris–>Dijon–>Gevrey Chambertin and I just learned my first am (5 hours after arriving) we will be driving down to Cornas in the Rhone to pick.  Yeehaw! 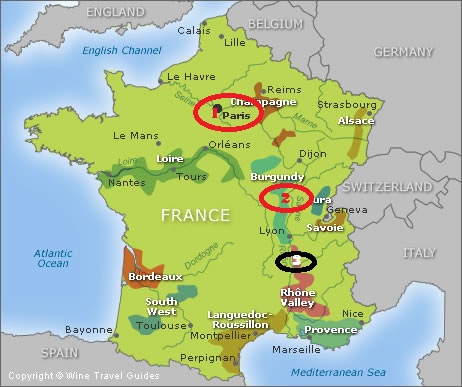