After my beautiful run and upgrading hotels, I jumped on the train 2 stops over to Libourne where I sought out lunch.  Libourne is a small little city on the Right Bank just minutes from Saint Emilion and Pomerol.  The afternoon overcast did not do much to help to cast the city in a good light (ha), but it was still quaint enough with beautiful old buildings and a motley crew of students and workers spilled out into the main plaza.

I popped into Le Grand Cafe since it was packed with plenty of business looking folk.  It was short staffed and the staff that was on hand was not too keen to pander to a solitary mono-lingual dinner, so  I was thrown the a la carte menu and left to it.  I went for a classic, steak tartare, and although really tasty, was probably a little too rich and fatty (served with fries!) for this kid.  It was enough food for about 3 people, yet with a glass of wines was only 20 euro.  The three course set lunch I saw on the specials board later was less but no one thought to mention that to me… I really need to learn French. 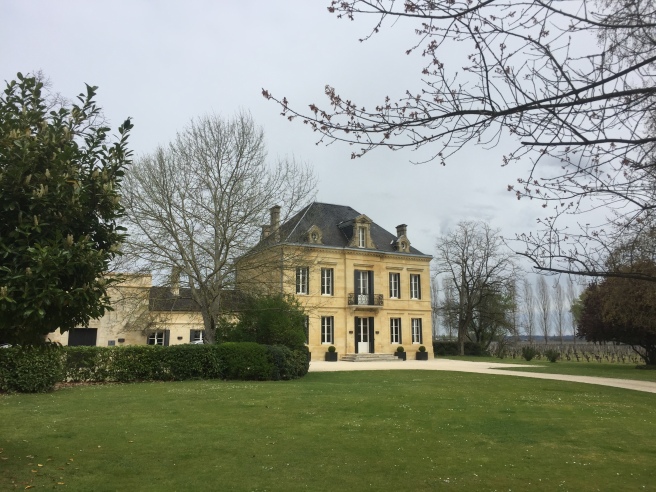 Later Ninon, one of the export managers for Chateau Teyssier, kindly picked me up from the train station and we scooted off to the country (~10 minute drive).  Jonathan Maltus, owner of Teyssier, was in Hong Kong last year to lead a tasting of his wines, so it was pretty special to go visit him on his home turf.  And what turf it is.

This was my first En Primeur tasting, and being alone with a personal guide allowed me to ask all of the naive and dorky questions without (much) judgement.  “They pull new samples everyday?”  Yes.  “How do they decide which barrel?”  They just pick one….

What amazed me was the scale of everything.  Most of the vats and barrel rooms I’ve seen have either been reception halls ie not really functioning or in Burgundy where production is so tiny.  Look how much wine you can put in there!  And how clean!  The Bordealais know how to receive. 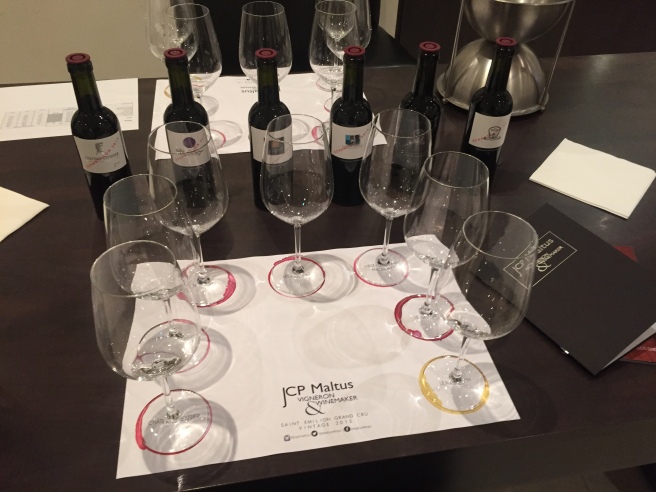 After a brief tour of the winery we sat down for a one on one tasting of the entire range of wines, which includes Chateau Teyssier, the largest production, and then several single vineyard selections and a white.

This was my favorite (and Ninon’s too) of the tasting: 65% Merlot, 35% Cab Franc, 14.7% abv:  Elegant, with supreme concentration and seeming weightlessness.  Powdery tannins with red fruit, spice, and some chocolate powder notes on the long finish.

Overall I found the wines to be surprisingly approachable now, which I suppose is the style Maltus is after.  All of the wines had tons of fruit and really nice balance.  Notes:

Super dorky picture, check.  Jonathan came in for a moment to talk about the vintage which he described as a stylistic cross between 2005 for structure and 2009 for concentration.  The limestone soils of Saint Emilion combined with 2015’s weather made for the perfect storm for Merlot.  Right Bank rejoice! 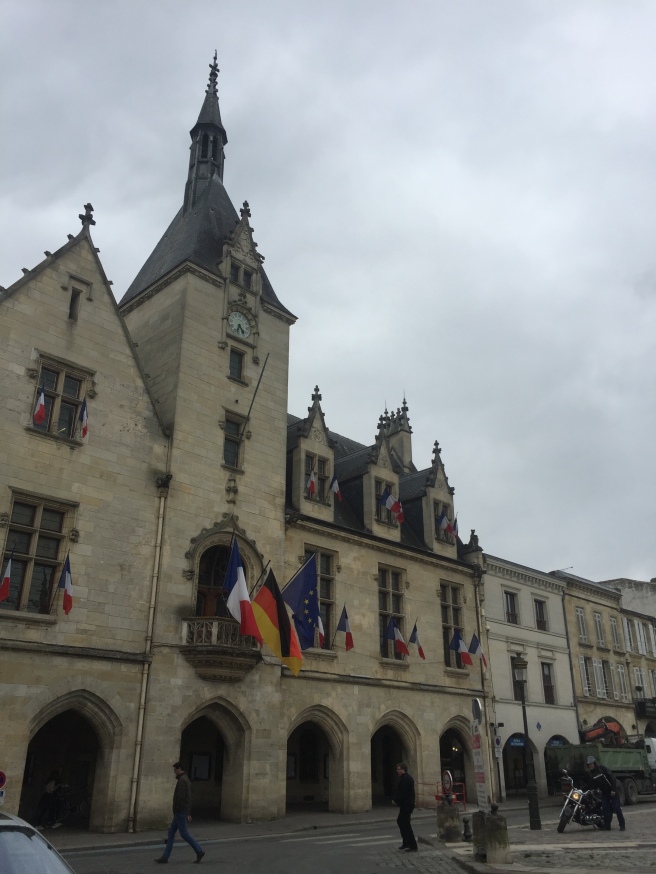 Post tasting and I hit town again.  It’s not my favorite place in France, but was nice to have a quick poke around.

I had some time to kill before my train  so popped into Cafe Fiano for a quick Lillet, which was probably just what I needed after the mountain of raw beef I had eaten.  I’d never had this digestif before but really enjoyed it.  Lightly sweet and citric- perfect for late afternoon.

Later that afternoon I head back to my favorite haunt, Vin Urbains, for a massive EP cellar tasting of Bordeaux and South of France as produced by consultant Olivier, something. 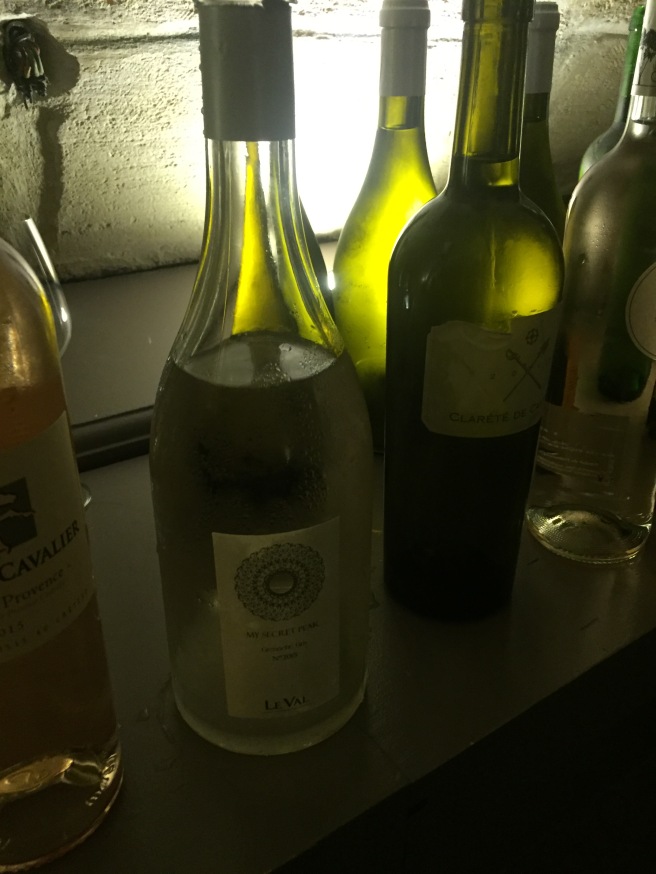 At this point the guys at VU think I’m a journalist because I am always carrying around my notebook.  Whether it’s because of this or just because I am clearly not from around these parts, I got a handheld tour through the wines which was greatly appreciated since there were probably 50000 on hand.

The roses and whites hailed mostly from Provence and the south, but there was even a white from Cabernet & Cab Franc from Bordeaux which was super interesting and surprisingly tasty:

Seriously, if you ever go to Bordeaux, check it out.

If you’re ever in Bordeaux, don’t bother checking out…

I rushed off at 7:30 to meet my colleague for dinner at Brasserie Bordelais.  I had read a ton of rave reviews about this classic place, but didn’t realize it was essentially a steak frites joint. 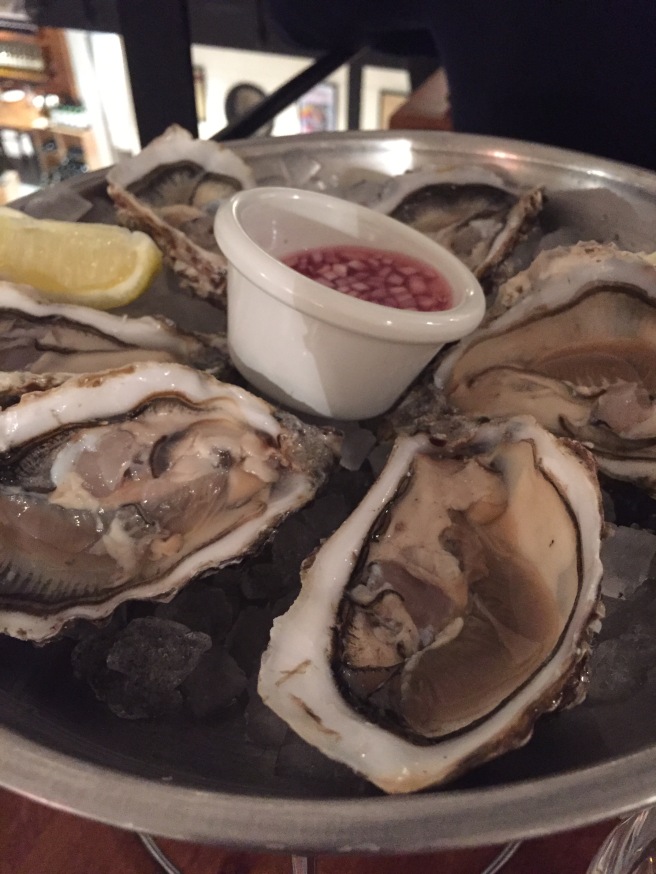 So we ordered oysters.  And scallops.

Here’s a lesson: if a place is known for steak and fries, even if you’ve had a mountain of raw meat at lunch, eat the steak and fries.  I paid for this meal all the next day and urge you to either avoid this over-hyped, understaffed (a theme in France which is surprising given the unemployment rates) haunt or stick to the goddamn beef.