I have noticed recently that the months of neglect to this blog and regular writing has carried over into my writing at work and now for the Master of Wine. Words don’t flow, sentence structure feels monotonous or forced, and my overall creativity is feeling low. So lo and behold, a blogpost to help get those creative juices flowing. 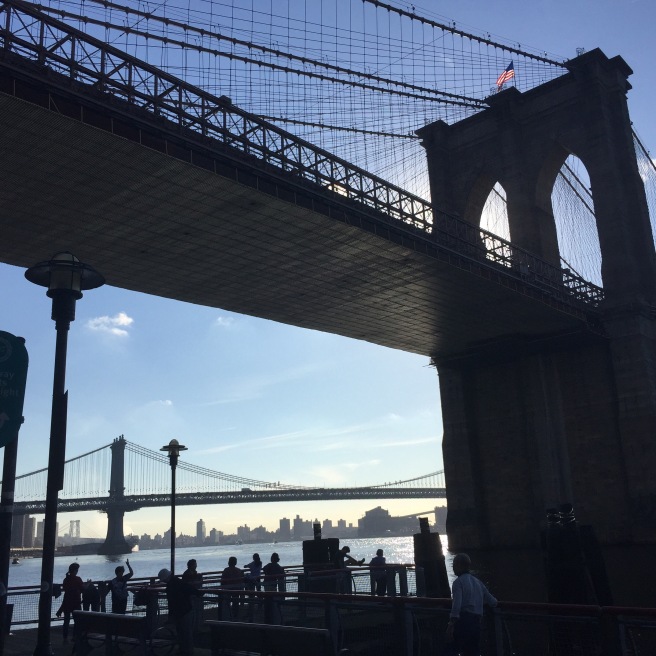 After 5 years in Hong Kong, which I would describe as New York on crack (or perhaps more literally cocaine), I was a tad apprehensive moving back in anticipation of not boredom so much, but the level of difficulty in partaking in various activities. New York is big and spread out. People have their own circles and niches. And although this is close to home, I wondered if I would be an outsider in my own country. Turns out- nah. New York is fucking unbelievable and continues to prove itself as the great city in the world.

Case in point, my last week which started with a last minute Thursday night dinner with my boss and his buddies. I have been hearing about the excellence that is Forge from day 1 at Tribeca Wine Merchants and I can happily report that it has lived up to the hype.

It certainly doesn’t hurt when your boss brings along a bottle of 1995 Cheval Blanc. After visiting Bordeaux last April ,Cheval became my absolute favorite from the Right Bank (and only a nose behind Haut Brion on the Left) for its total sex appeal. This is world class juice and the 1995 is singing right now. Harmonious and concentrated but also regal and elegant, the 95 will continue on to impress for years more. 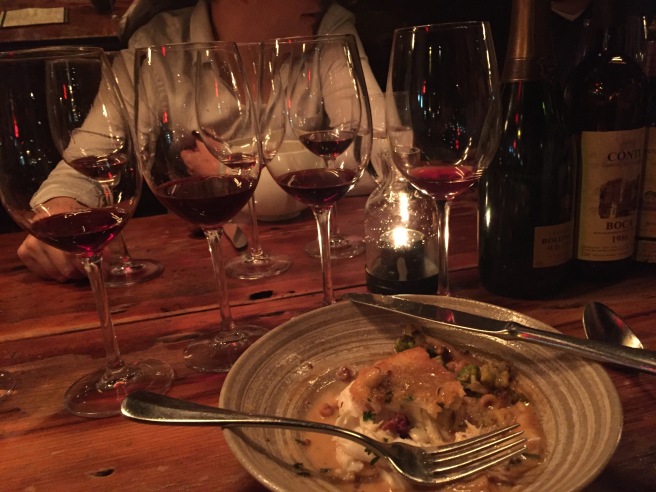 The food at Forge was well executed, packed with flavor, and beautifully presented as you can tell by my smashed through photo above. Halibut and hazelnuts…

Just a typical Tribeca Thursday: 1990 Bollinger RD. This is the second time Ben’s pulled this out in the past few months as it’s drinking so perfectly right now. Big, bold and jammed with toasty baked apples. 1986 Boca, which is a small DOC in northern Piedmont, was a surprise as it was still going. Simple, but still with it’s fruit core, Nebbiolo can age!. 1967 La Mission was a little less alive, although admittedly more than I thought it would be coming out of a half. And finally a really lovely 1995 Valdicava Brunello, that had it not followed the 95 Cheval certainly would have stolen the show.

A few days later and Brandon and I hit another Tribeca staple, Takahashi. 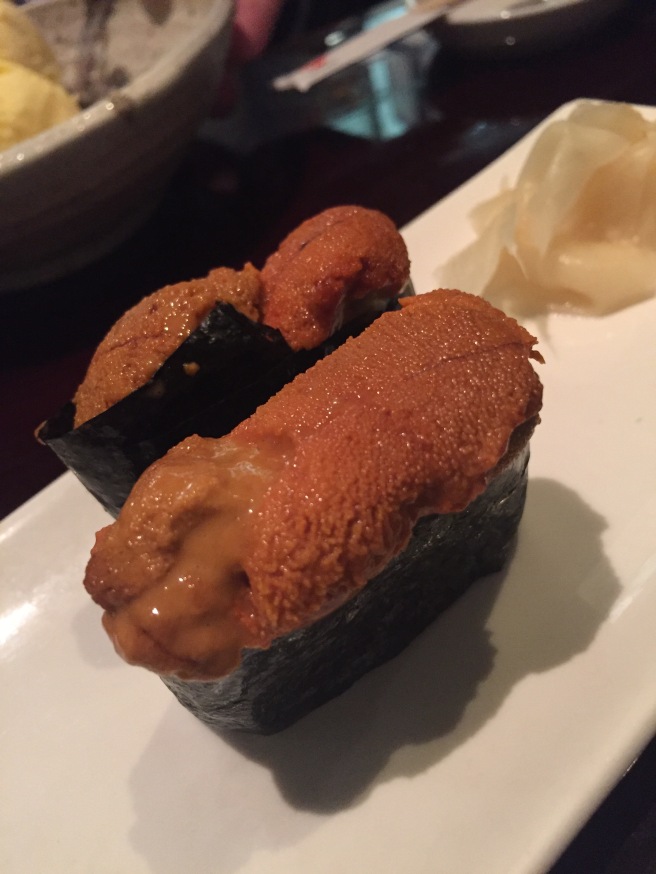 I had been once before with Erica and was impressed by the quality of the rolls given their less than Tribeca pricing. Round 2 with Brandon was a little less successful and about 10x more expensive. Sashimi isn’t their strong suit. Stick with the rolls. And uni, because uni is always a good idea.

After a reasonably quiet weekend of sushi, studying, writing and rewriting and still not finishing an MW paper, it was time to turn my attention away from planting densities and onto a more indulgent curiosity; Port.

Frederick Wildman & Sons, one of our distributors, very kindly invited me along to a Churchill’s Port and wine dinner at Vintry. John Graham, pictured above, hails from an historic Port family but started his own house, named after his wife, in 1981. Churchill’s is a more modern take on Port with slightly less sweetness than a typical Port. This is achieved through letting their only Grade A fruit ferment longer than normal (up to about 7% abv- normal being about 4%) before fortifying with 77% brandy. 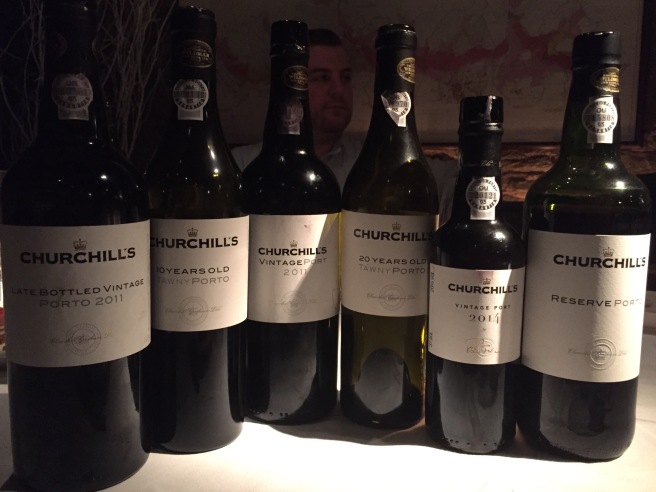 The Ports were all absolutely delicious and surprisingly accessible now. We began with a flight of Ruby, LBV, and 2014 Vintage. Flight 2 featured 10, 20, and 30 years Tawny’s with 20 years proving yet again to be the sweet spot. Even with their massive tannins, the 2011 and 2014 vintage Ports were really enjoyable which is good for those who don’t want to wait.

As scared as I am for an NYC winter, I am comforted by the fact that at least there will be copious amounts of Port around. Churchill’s was great and and so approachable now. Drink up.

Tuesday I kicked off meeting 1 with my new tasting group. I’ve assembled some people I have met recently into a hopefully 2x monthly tasting group. We are from all over the trade-somms, buyers, marketers, distributors, etc- and this particular Tuesday found Erica, Dan, and I amid 6 super interesting wines.

Most notably, the 2014 Poulssard, Trousseau, Pinot Noir from Tissot was a treat. Super sour and lactic, think gose beer, but with some red fruit and a really grainy fun texture. This is natural wine.

Speaking of natural, the 2015 Lapierre Morgon (available at Tribeca Wine Merchants) is my most favorite recent discovery.  I’ve opened two more of these since because I just can’t get enough. 2015 was a super ripe year and this shows less like a Beaujolais and more like a sexy Syrah. Divine.

Later in the week Naama, one of our distributors, came in with some Portugese wines. This 1967 goes to show that Portuguese still wines can age, although this was more on the tertiary and had lost most of its fruit core. I wouldn’t want to have to drink a bottle of it…

What’s also interesting to note is how prevalent the use of the Coravin is among distributors, except they don’t use it as I had previously thought it was intended. I was under the impression the Coravin was for taking a glass of wine here and there over the course of several months, but I have learned that this is not true; the wines will oxidize so it’s best to use the Coravin to preserve your wine a week or 2 at most. Interesting, but also hugely useful in the f&b world. By the glass options have gotten a lot more interesting.

Thursday found me in Brooklyn for a Grateful Dead cover band- JRAD. The music and company were great, but the most fascinating aspect was that this venue is in the middle of a bowling alley- Brooklyn Bowl. Brooklyn is too cool, isn’t it?  At the following night’s show John Mayer came out and played. Hmmm

And finally, I ended my week with a little half marathon back in BK. I’ve got to say, I smoked it.  This is the first race, perhaps ever, that I felt really good about the whole way through. I was less nervous than usual at the start, didn’t feel any cramping or pain throughout, and finished ahead of my goal in 1:43, which translates to a sub-8 minute mile.

I still have some money to raise, so if you would like to contribute, please make a donation to St. Jude’s hospital. Every penny goes to the families of those with children with cancer!

To pull this all together, every activity listed in the past week was with a different person/group of people. Wine, food, music, sport, and let’s not even talk about all of the art, dance, and theater I have yet to explore. New York is like Hong Kong on crack, just with more space and a breeze.

It’s good to be home.