So let’s talk about flights. Specifically, my flight that left at 10:20 am this morning for DC->Paris.

As I head out the door at midnight, from an excellent surprise birthday party at Nina and Kenny’s, I got a text from Ben, my boss, saying, “interest in the stupid after party at rebelle?” Referencing the after party for the biggest New York wine event of the year, La Paulee. I realized full well this was a bad idea for my pending 10 am flight, but hopped in a cab and made my way downtown.

Brian thinks I have a problem saying no.

Let’s go back a day for a moment. Friday AM, Tribeca Wine Merchants very generously sent Brian and I to the La Paulee verticals tasting at the Rainbow Room. La Paulee was started by Daniel Johnnes as a festival celebrating the awesomeness of Burgundy, way before Burgundy was en vogue. Today there are seminars, tastings, and dinners, none of which come cheap. The EMP legends dinner with Aubert de Villaine of DRC, will run you a cool $8,500. 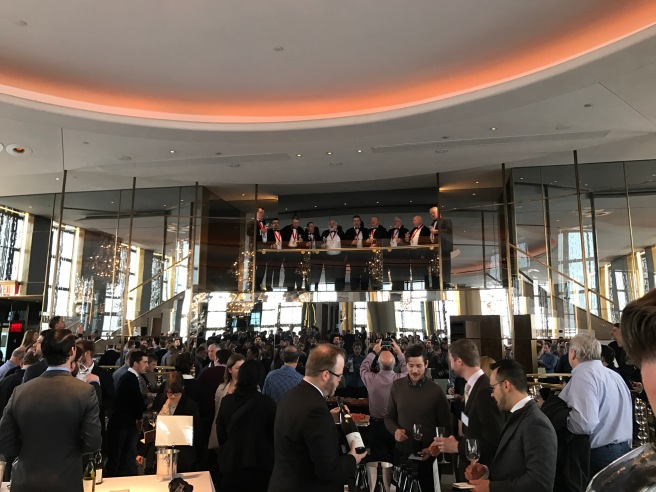 The verticals tasting, on the other hand, is a very reasonable $450 given the pedigree of wines you get to taste. There were 31 producers on offer, each with 3 vintages of the same wine so you could get a real sense of place and year. 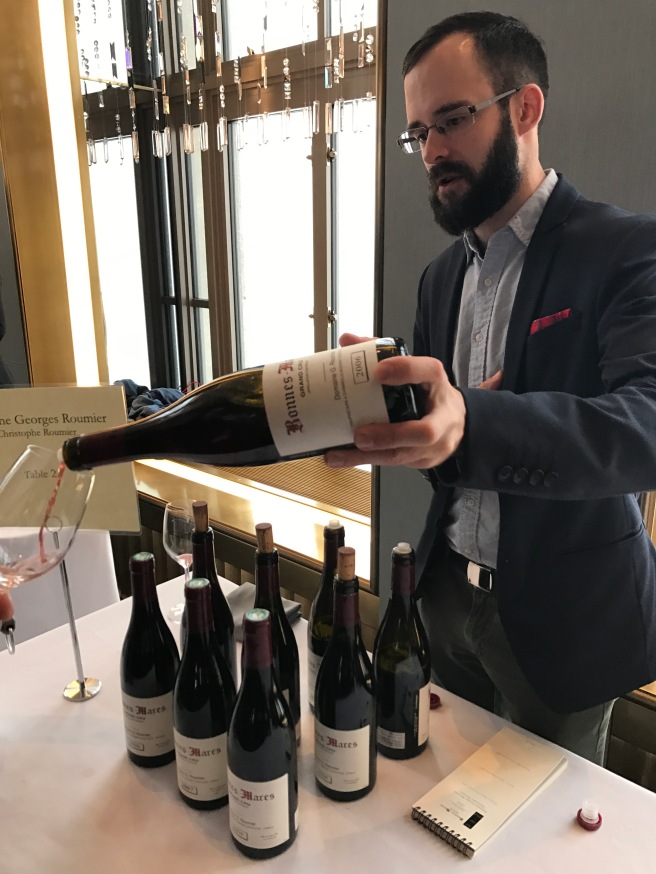 I began the 10 am tasting with Bonnes Mares from Roumier. For those of you not privy, this is ridiculous and how I imagine I will begin every morning after I make my first billion.

2008 Roumier Bonnes Mares – perfume and class, complex and just awesome with density and power, yet also elegance. Top 3 of the day

2002 Drouhin Bonnes Mares – rich, plump, long with tea and herbs and dried flowers. At 15 years young, this Bonne Mares is still an infant, and a lesson in grand crus living forever

2010 Liger Belair Vosne Romanee 1er Cru Aux Bruelees- one of the best, if not the best, wines on offer. Elegant, powerful, sweet fruit, absolute harmony, and incredible length. I don’t know how he does it to such a level above and beyond, but Louis Michel knows how to make wine.  Probs top 1 of the day

And even a Beaujolais from Close de la Roilette Alain Coudert, see below.

In true French fashion, we ended with whites. Aside from cleansing your palate with their high acidity, whites also clean your teeth. #protip

2005 Louis Michel & Guillaume Michel Chablis Grenouilles (frog!)-  orange cream and about as tropical as Chablis can get 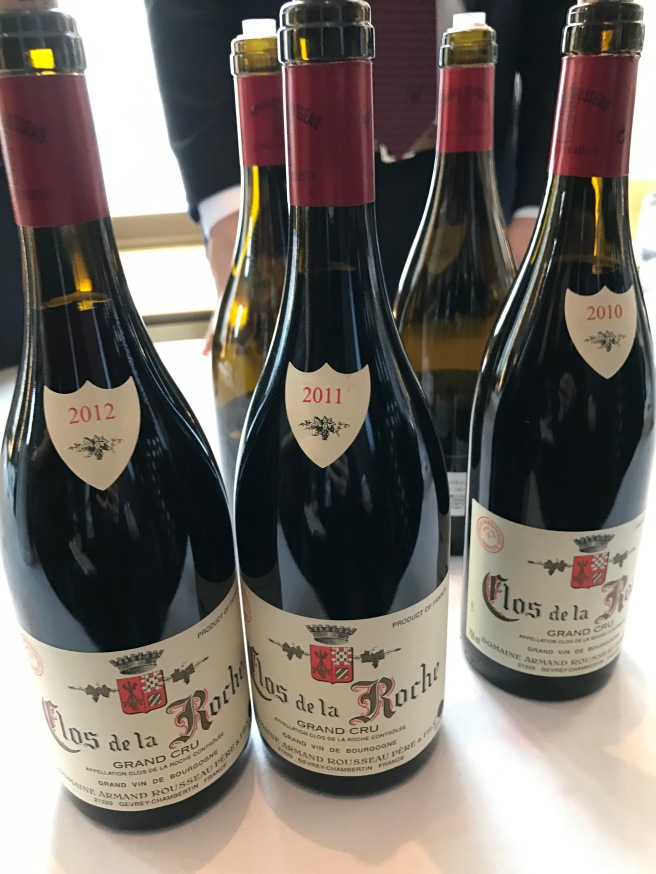 Basic take aways were that the 2012s are just lovely now, super light (ethereal!) and easy drinking, posing delicious for the immediate. I found quite a few of the 2009s to be tight and shut down, with more than a couple of the 2010s showing the same, Rousseau Clos des la Roche, por ejemplo. 2006 was a big surprise to me, as every single one I had was absolutely tannic with not enough of a fruit core to suggest big potential for aging. This is beginning to sound an elementary MW practical paper…

Aside from tasting some of the world’s absolute best wines (let that sink in), the other best part of La Paulee is meeting (fawning over) the ridiculous amount of wine celebrities in attendance. See Louis Michel Belair and Pascaline Lepeltier above. 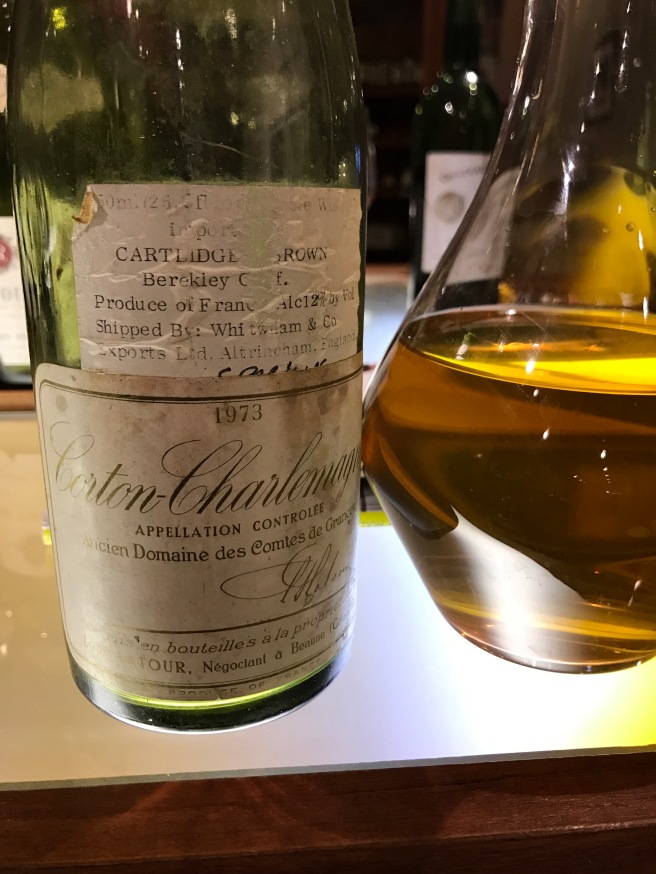 Following this morning to top all mornings, Brian and I head back to the office, shot out a quick Champagne offer (1975 magnums of Winston Churchill, yes please!), and was treated to the above. Ben pulled this off the shelf as the fill was low and he questioned the quality.

Being the diligent professionals we are, we proceeded to pop and pour this abso-fucking-lutely spectacular wine in the name of quality assurance. 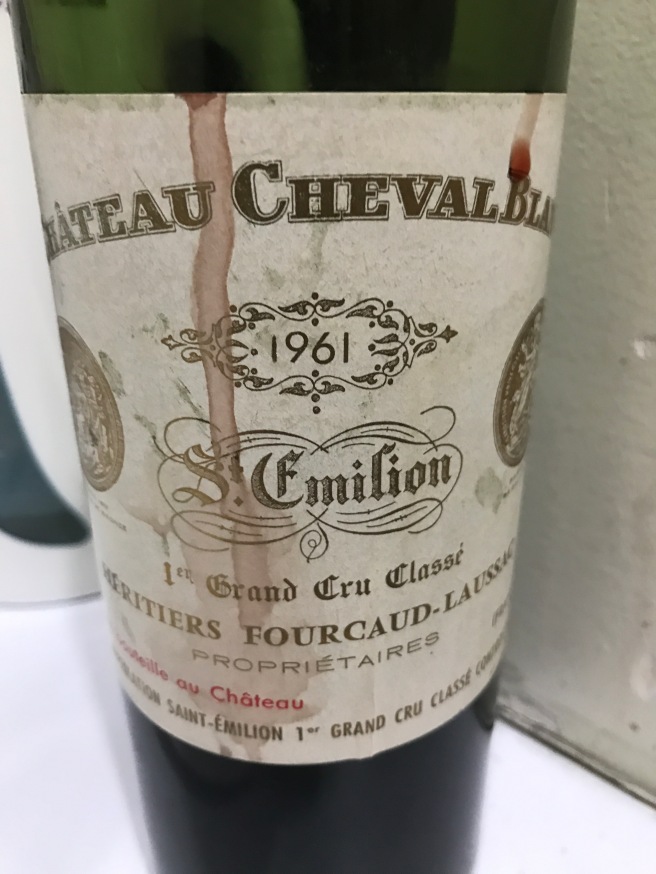 Similarly, we got a new parcel of 6 bottles of 1961 Cheval Blanc with cut capsules. Probably just a precaution from the previous buyer checking for authenticity, but a bit shady and worth checking out, we dove in to check the cork and make sure the wine was sound.

Not to sound like a broken record, but holy-fucking-wine! This registers in the top 10, possibly 5 (3? 1?), wines I have ever tasted ever. It was uber concentrated, totally seamless, and just gob-smacking-tear-your-jaw-off-the-floor-want-to-call-your-mom-come-to-jesus (why do people say this? Yet, somehow it feels appropriate here) kind of a wine.

Cheval Blanc has long – since en primeur last April – been my favorite Bordeaux, but after the 1971 last week in Dallas, and the 1961 in the office, I now have adequate proof it’s the best wine on the Right Bank. Can’t wait to try me some Petrus or Le Pin to disprove it… 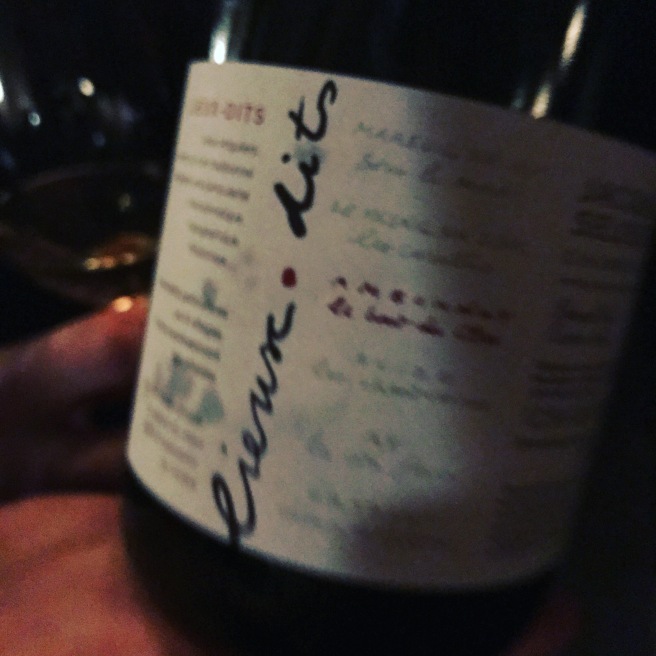 Back to the Rebelle after party. I arrive and meet Ben, Hilary, and Andrew and am immediately served a spectacular glass of lieux-dit Selosse, Le Bout de Clos if I am remembering correctly. Only to be outdone by the next single-vineyard bottle of Selosse, the Le Cote Feron, which was absolutely laser-sharp, precise, and chalk full of minerality.

We made it! And texted Brian who snagged a seat at the gala dinner, so we could brag about the after party. Until we ran into him 5 mins later.

It was a who’s who of NYC wine, with people pulling out all of the stops. For example, Coche Dury Bourgogne Rouge. Who knew?

Liger Belair, while walking by Louis Michel. Can you tell it’s getting late? 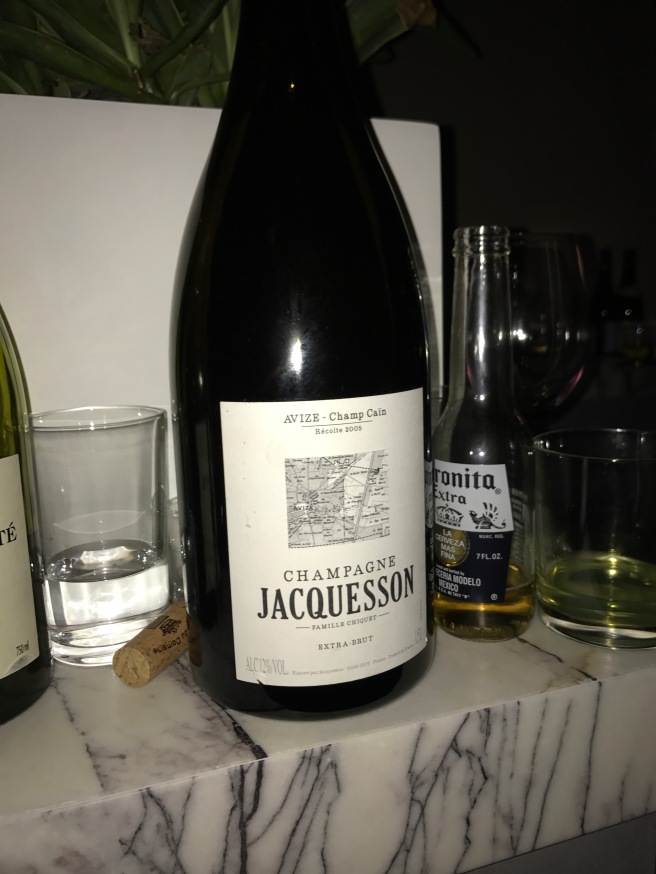 And running into Hong Kong friends all the while.

I made it home at 5:30 with staunch intent to catch my flight. I brushed my teeth. Packed my bags up. And decided to sit down for just 10 mins….