Somehow this week manifested itself into Champagne week.  The bubbly gods all got together and decided this is it, so who am I to argue.

Tuesday: Oysters & Champagne at Petite Oyster in Sheung Wan.  My friend Kay organizes this monthly wine-o get together, and this month featured bubbles.  I brought an NV Henri Giraud Hommage which was balanced and easy to drink with lots of flowers and stone fruit.

There was also a really nice  spicy & long 2006 Larmandier Bernier Millesime (one of my favorite Champagne producers), a licorice and fresh 2002 Delamotte, sharp and nutty Guy Charlemagne (I think), and a really tasty 2007 Cedric Bouchard, of whom I have never heard but have been told I should.

A great showing for August with Bordeaux and steak on the horizon for September. 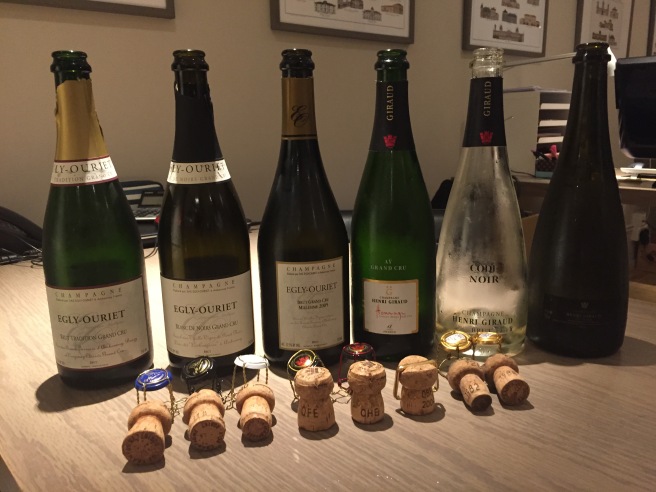 We had some super tasty Champagnes including an incredibly bold and personality filled Blanc de Noirs from Egly Ouriet (LM95), an incredible complex and totally unique 2004 Argonne from Henri Giraud (LM96), and some really cool vintage Champagnes from the 80s.  Interestingly the 1988 Deutz showed much older than the 1982, which is so telling about what a difference a good from a great vintage can make. 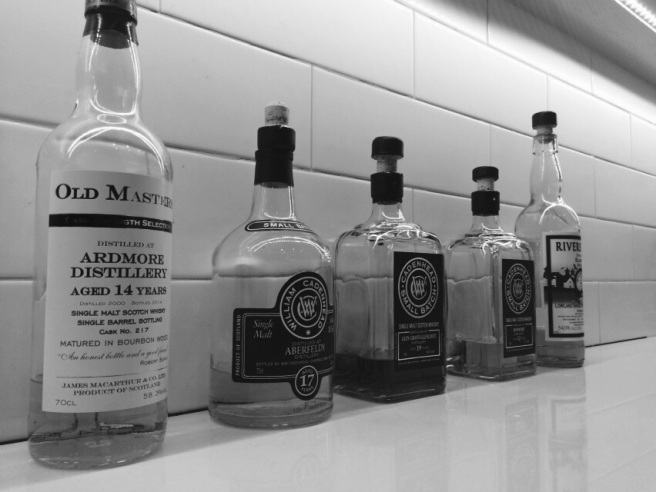 Ok so the Champagne part of Champagne week ended there, but only because there was whisky to be drunk.  5 whiskies from independent bottlers throughout Scotland.

From a couple peaty spirits in Speyside & Islay to everyone’s favorite Sherry cask aged sweet and delicious Scotch, it was quite informative to taste all the whiskies in a row.

Apparently my friends like whisky.  It was shocking how difficult it was to sell tickets to this.  I eventually got 18 people, but twas not easy.  We followed the whisky tasting with a really really lovely 2009 Chambolle Musigny from Vogue, more whisky, and some delicious steak & fries at Butcher’s Club Steak Frites.

Friday marked Brigid’s last day with Ginsberg+Chan so we went out as a team for some really awesome Shanghainese.  Who knew that next door was this incredible gem- Xie Fei Society.  Seriously good stuff with a super tasty and light fish in rice wine that was to die for.

Also to die for, this magnificent Chassagne Montrachet Morgeot 1er Cru from Dugat Py.  He’s known more for his intensely powerful Pinots, but man if the last 2 bottles of DP blanc have taught me anything, it’s he’s no one trick pony.   The 1975 Ch Pape Clement also prove a nice example from an otherwise not so nice vintage.  There were still plenty of fruit and classic Pessac flavors of graphite and tobacco. 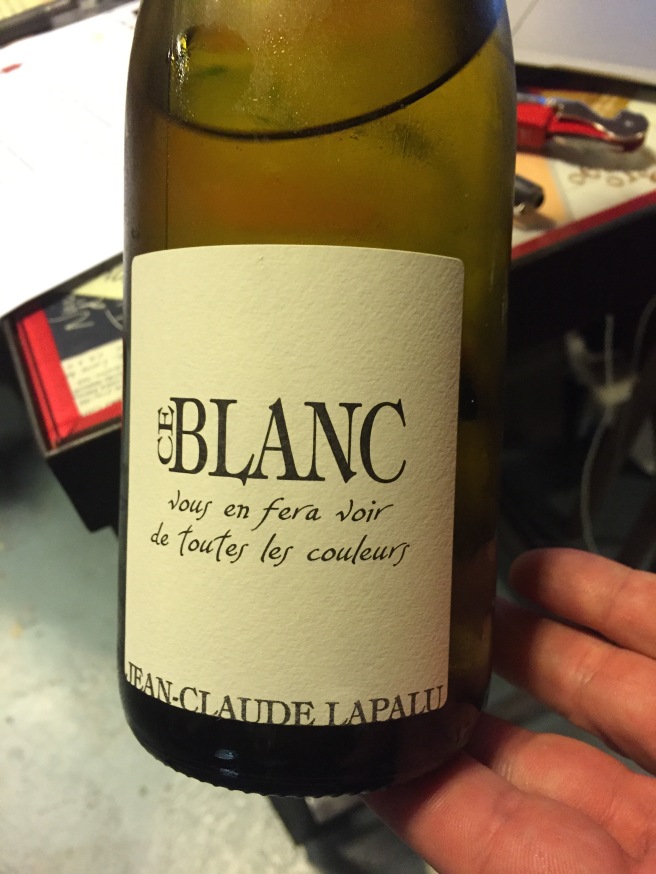 Friday evening Brian (who I blame for my dysentery) and I hit up La Cabane for a tasting of their new natural wines.  I know people poo poo at natural wines, but these were tasty.  Nothing serious, but interesting and chock full of personality and texture.  Really, what else do you want on a Friday evening?

Rounded out the evening with a couple of ciders at The Globe and then it was time for bed, for this kid had a run in the morning.  (24k in case you were wondering.)