Post-test life has been an out and out food fest. Between having the time to shop and cook, and having the head space and time to make up for months of being an absent friend, a shared meal lies squarely in the center of each. 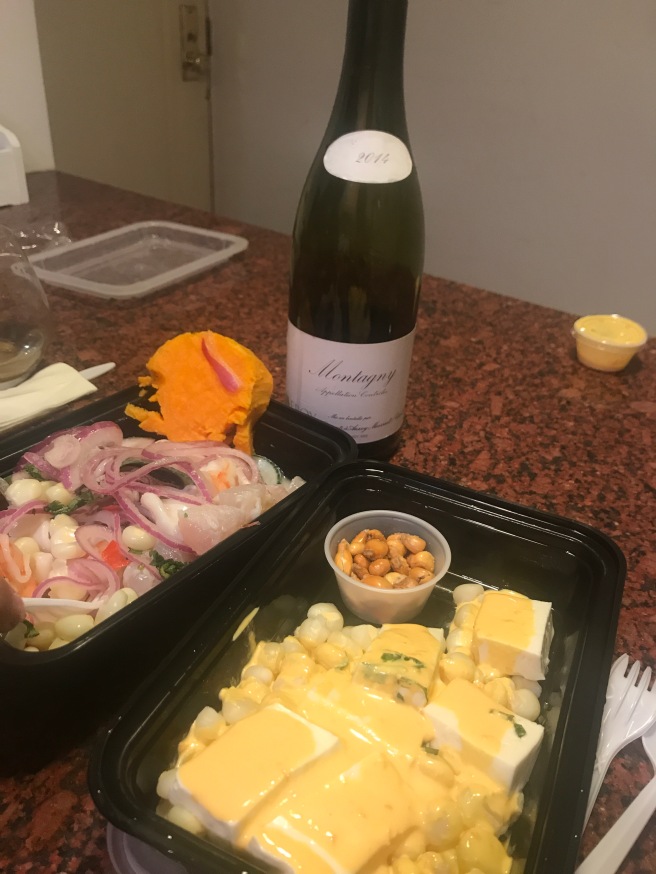 Including some ceviche surprises from the local Peruvian place. Who would have though that Leroy Montagny would be such a good pairing with coconut milk soaked seafood? (a: everyone, duh)

Agustin, who I have been dating for the past several months,  is from Venezuela where arepas are the national dish. They’re the go to for a quick breakfast or dinner on the run, sort of like kimbap in Korea, or hotpockets if you’re 10 and your parents hate you. I got my first taste in Miami at the Saman Arepas Bistro, and they were ridiculously delicious. Like most food from super hot climates, arepas are pretty calorie dense; corn based pockets, think pita meets tortilla, filled with everything from cheese, to turkey, to tuna salad, to butter & honey -> which are obviously the best ones. 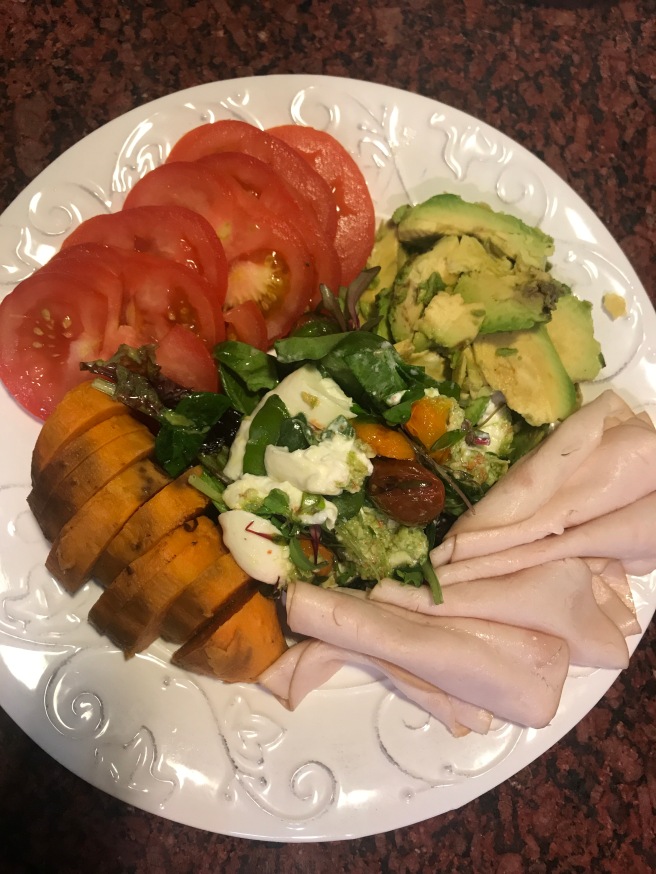 Agustin’s version proved slightly more healthy. Pre-cooked corn flour (P.A.N.) + warm water + mayonnaise, mixed together, hand balled, flattened, and left to cook on the stovetop or oven. We (I watched) made both.

Fresh avocado, tomato, & burrata inside a warm and chewy corn shell . Get better. Yannick, my French roommate joined in and predictably  preferred his with beurre et formage de chèvre. 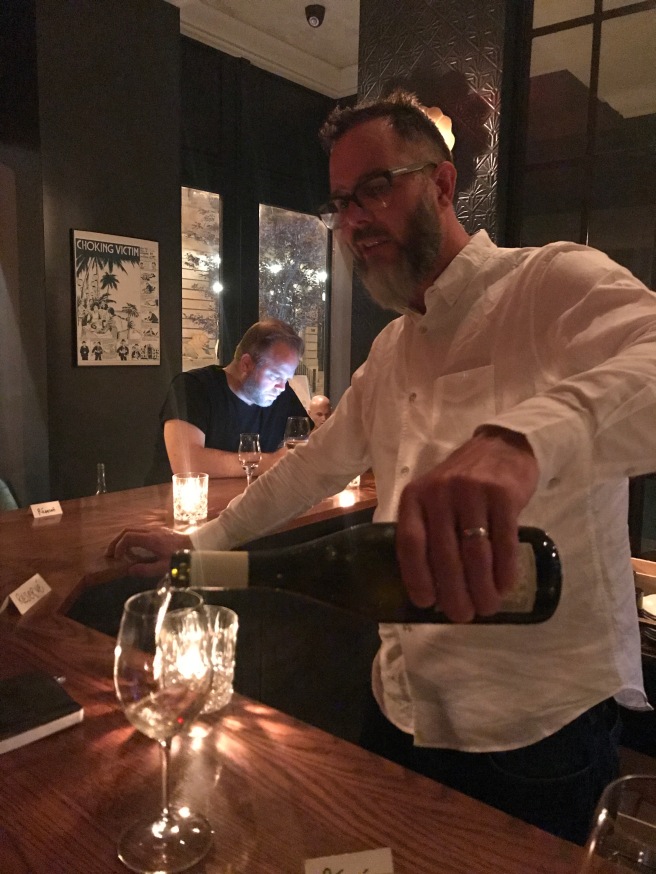 Compagnie des Vins Surnaturels is most certainly my favorite wine joint in town, so color me rosy red with excitement when I found out my buddy Gary Millys would be in charge of the Monday night mixtape. Simone first introduced me to Gary’s wines, and many more delicious Victorian wines, in Hong Kong, which is also where I first met him at Tor’s epic annual tasting. I also saw Gary in Australia a couple of times during my November trip, and now here he is in New York. This wine world truly is a village. 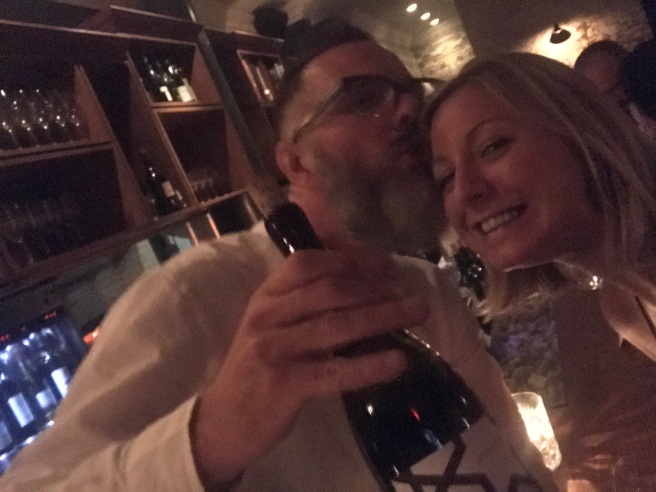 Gary makes delicious Pinot and Chardonnay in the Yarra Valley, but also some super stemmy Syrah that I can’t get enough of. In fact, Gary was one of the examples I used in my MW exam when discussing the role of pH in winemaking. Stems are rich in potassium which increases pH, so whole bunch fermentations with stems raise pH, which can be risky for microbial spoilage, but also totally delicious if the winemaking is clean like Gary’s.

The following Monday night was an equally delicious evening, this time with a wholly Austrian focus.

My friend and IPO rep Robin (front with stripes) put me in touch with Paul Schandl (4th back left) when I went to Austria in January, so when she heard he was coming to town, she invited me to a big ole Austrian dinner.

Dinner at Cafe Katja was amazing. Vignaoili, an importer / distributor, hosted 5 different Austrian winemakers, each of whom brought some downright delicious wines to show off. The trout with the 2015 gruners and rieslings was an absolute Pannonian dream. 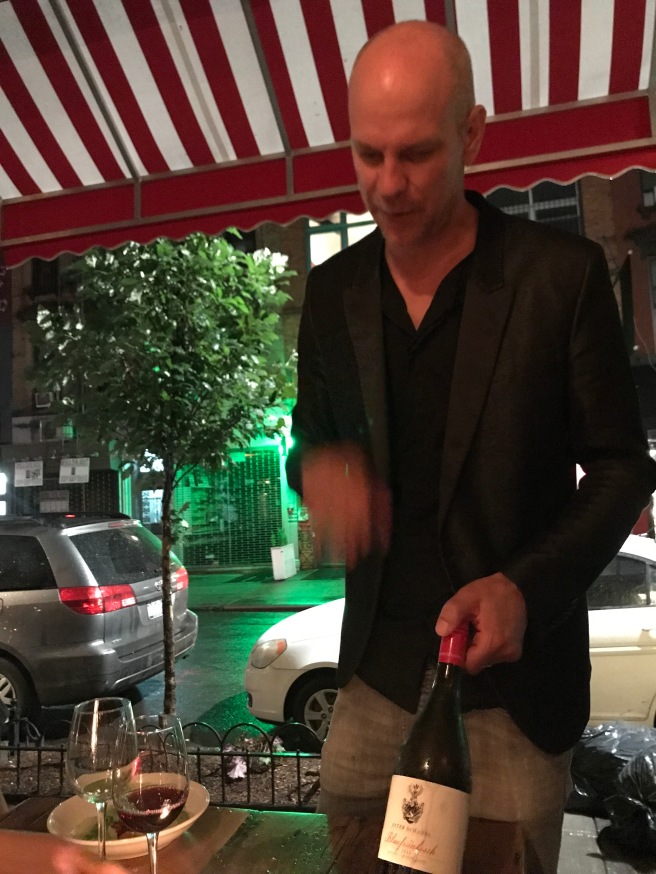 Perhaps I’m biased because of my last encounter with Paul and his wife Ellie, but his wines were definitely my favorite of the bunch. Blaufrankisch, as seen above, really is the perfect summer red. Chill it down a bit, and the light body coupled with electric red fruit forwardness, will please even the most rouge-aphobic. 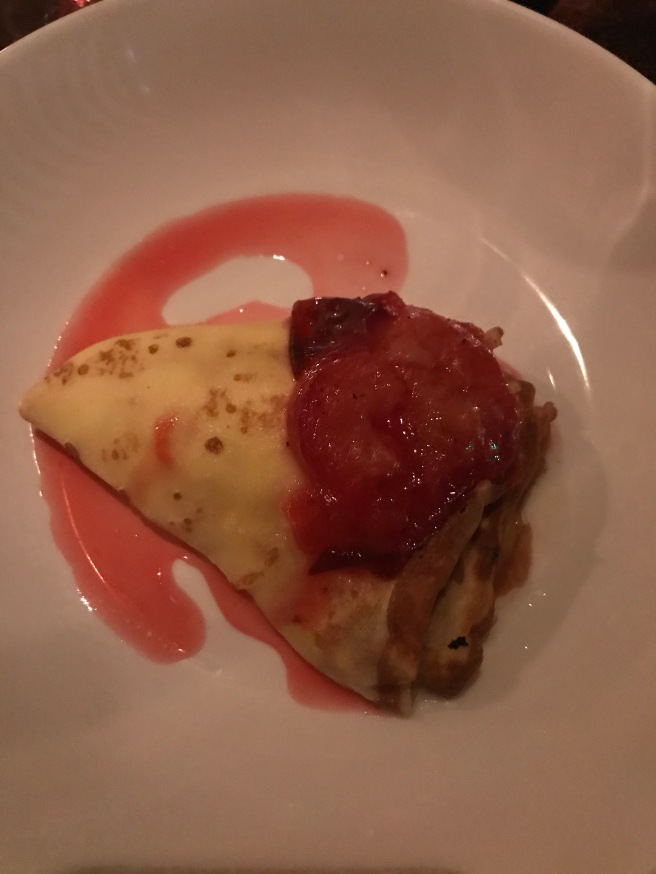 Later that very same week, Robin came by with the other ladies for a riesling and pinot themed Lady Boss tasting group. This is our second meeting, and one that proved a thousand times delicious with some aged rieslings and a wonderful pinot from Gavin Channing (IPO).

I’ve been in Tribeca one full year now and had no idea the ramen joint up the street, Zutto, made sushi. And good sushi at that. Good looking out, Angela. 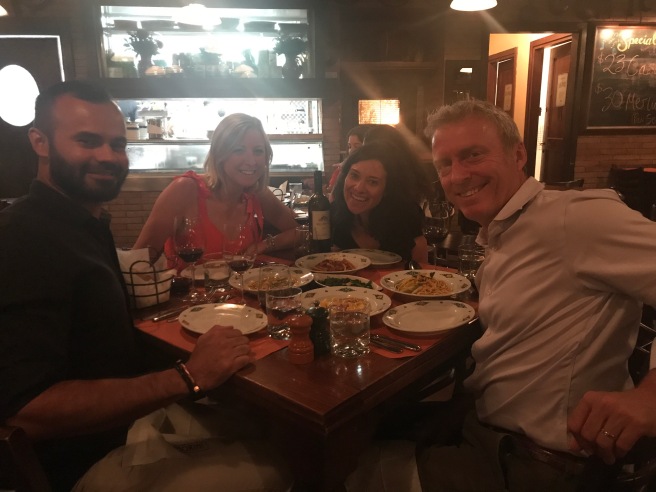 Thursday brought about a surprise visit from legendary Aussie Mark Davidson, the leader of my November Australia trip, and soon to be MW. He and my new T. Edwards wine rep Suzy dropped in for a glass, and then we picked up Agustin for an epic Italian feast at Osteria Morini, a Michael White restaurant that also has an outpost in Bernardsville, where I went to high school.

Everything was awesome, but some standouts include the stuffed squid, all of the pastas (because everyone needs this many carbs at midnight), and the Lambrusco. Why don’t we drink more Lambrusco?

Friday, Agustin and I hit Anejo for some tequila cocktails and tacos. Pretty good, but I’ve heard better yet for their happy hour scene. We managed to hit the magic hour where service was slow and food expensive.

Sunday was a feast of epic proportions, so it was a good thing I locked myself out in the morning and had to go for an hour + long run (11.5 miles, thanks) while I waited for Yanni to come home and let me in.

Cosme. Michelin rated Mexican, and worth every bite. 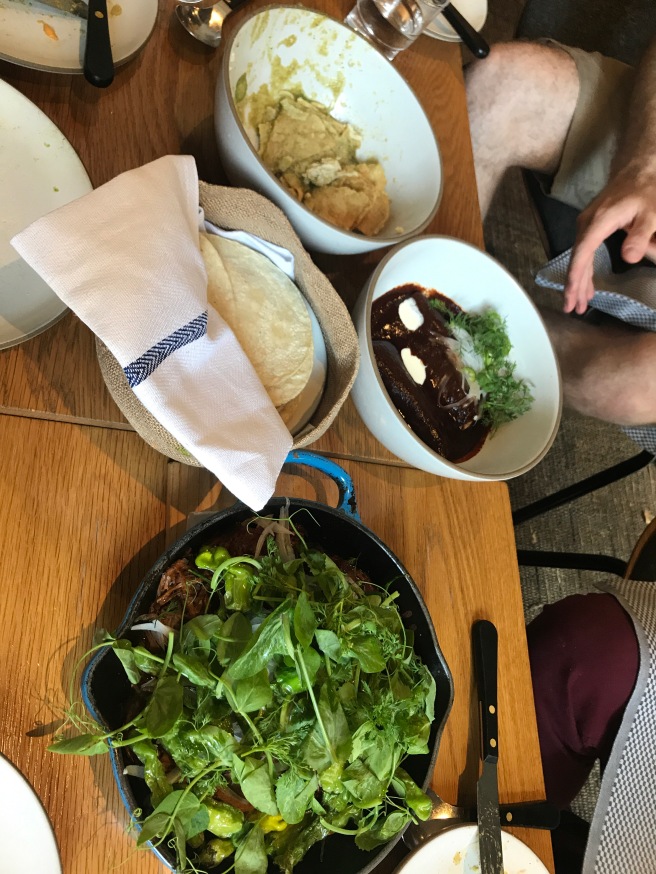 We went with my old colleague from Pepco, his pregnant wife, and adorable baby girl. The staff was pretty awesome about accommodating us, but the real reason to come is the food. Get the duck. Get the lamb. Get 3 uni tostadas. Don’t go during Pride if you live on the West side. Lesson learned.

That was last week. This week it’s all about the spinach salad and lemon, honey, ginger, garlic water, she says on Tuesday….